24/7 Live Dentist My Smile Advice
Back 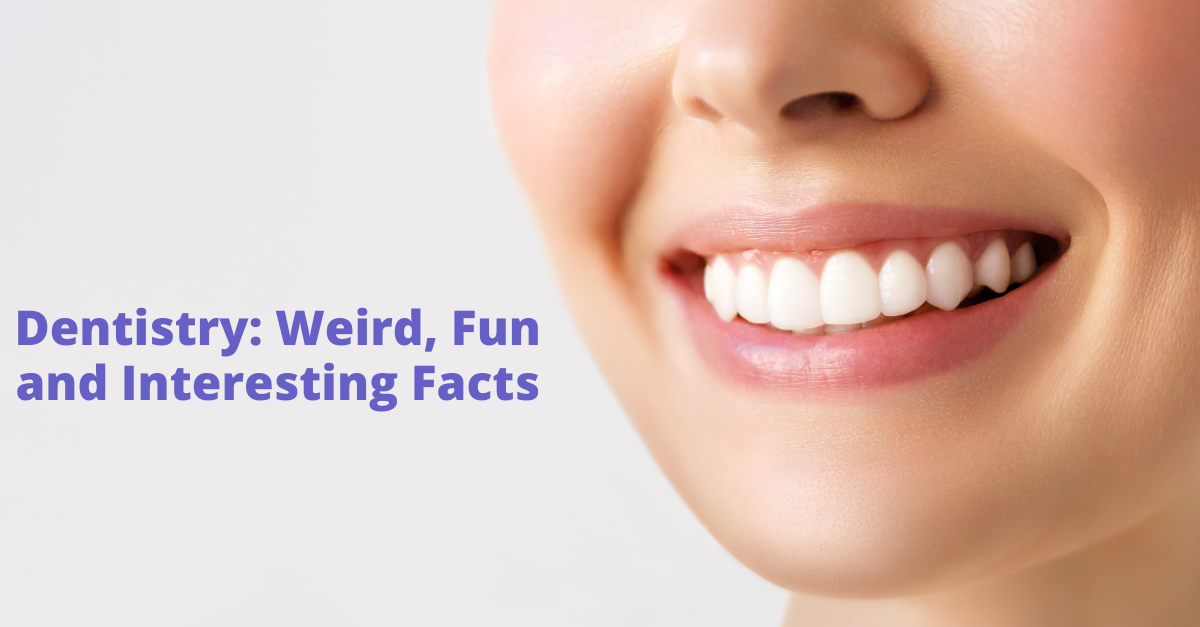 The dentistry field is quite ancient. After all, humans have always experienced toothaches, and the need to remove rotting or infected teeth has always been necessary. Of course, these days, dentists have more options than ever for saving teeth or replacing them. Learn about some of the weird and unusual facts that surround dentistry.

Here is a list of fun facts for you to enjoy:

Is There a Barber in the House?

During the Middle Ages, a barber could not only give you a shave; this individual could also pull teeth. The processes they used could be quite barbaric, and many people didn’t survive the process or its aftermath, particularly if infection set in. For this reason, barbers were not especially popular in the neighborhood.

The field of dentistry has had some unusual remedies. For example, in the Middle Ages, some people believed that you could cure a toothache by kissing a donkey.

How did historians know that King Tut was only 19 when he died? They asked dentists. Dentists and medical researchers were able to tell the age of the ancient pharaoh by his teeth.

Blame It on Worms

Ancient Sumerians, who developed the world’s first civilization, blamed tooth worms for causing toothaches and other dental problems. Historians have found reference to these tooth worms in Sumerian writings that date to 5000 BC.

Today, we have a wide array of toothpaste options. The ancients, it seems, didn’t have lots of options, but they did have toothpaste. In ancient Greece, for example, people brushed their teeth with water, gum arabic, and soot. Ancient Romans used a mixture made of eggshells, honey, and oyster shells to clean teeth. Interestingly, honey is also known for its antibacterial properties.

In ancient India, people didn’t brush their teeth with a paste or brush. They chewed on twigs with bristled edges. The sticks helped to clean the teeth. This practice dates to 4000 BC.

The first actual toothbrush was made in China in 1498. The Chinese fashioned it from the bristles of hogs and horses.

The first modern toothpaste was made by Colgate. They introduced it to the public in 1873.

Few people enjoy getting dental fillings. But cavities and the need to fill them have always been necessary to prevent the affected tooth from further decay. One of the oldest fillings in a human mouth dates 6,500 years ago to a jaw found in Italy. The jaw contained beeswax fillings, which current dentists think was a good idea because of beeswax’s antibacterial properties.

Speaking of Italy, it seems that beeswax isn’t the only dental claim to fame for this part of the world. Ancient Etruscans, who lived around Italy, practiced dentistry, and made some advances. They developed dental prosthetics, making early bridges and gold crowns.

Cavities are not rare dental problems. In fact, 78% of Americans will have been diagnosed with at least one cavity since the age of 17.

The first dentist is said to have been Hesy-Ry. He was an Egyptian scribe who practiced working on teeth around the year 2600 BC. There is an inscription on his tomb that praises him for his dental skills.

Paul Revere, who achieved historic acclaim by warning the colonists that the ‘British were coming,’ also worked as a dentist. Not only that, but he also seems to have pioneered the field of dental forensics. He was able to identify a fallen soldier by the bridge he had installed in his mouth years before.

Most people are familiar with tales of George Washington’s wooden teeth. But what they may not know is that one of George’s dentists invented a dental power drill operated by his feet. He attached his drill to a spinning wheel and gave the world its first foot-powered dental drill.

George Washington probably did not have false teeth made of wood. Instead, it’s more likely that he had false teeth taken from slaves as well as teeth fashioned from ivory, gold, and the tusks of hippos.

Dental floss is considered an essential part of good dental hygiene today. However, it wasn’t invented until 1882.

What Is Dental Plaque?

Dental plaque is made up of bacteria, but not just a few bacteria. More than 300 different types of bacteria can be found in dental plaque.

Dental hygiene habits did not improve in the United States until after World War II. During the war, soldiers became accustomed to following military regulations that stated they had to brush their teeth twice per day to reduce the risk of tooth decay and rotting teeth. After the war, the soldiers brought these habits home with them to civilian life. Today, Americans buy lots of toothpaste–over 14 million gallons each year.

Inflation and the Tooth Fairy

The tooth fairy is far more generous to children today than decades past. Perhaps this is due to inflation! In 1950, the average amount the fairy paid for baby teeth left beneath a pillow was fifty cents. By the 1980s, that amount rose to $1. Today, the average amount exchanged for a baby tooth is $2.

Getting dental care protects smiles. However, women apparently smile a lot more than men. On average, women smile more than 60 times per day and men only smile 8 times per day.

Want to know what the second most common disease is after the common cold? It’s tooth decay!

Many people are familiar with the painting “American Gothic.” The man featured in the painting who is holding a pitchfork and depicting a farmer was the artist’s dentist!

Not Everyone Likes Theirs

Not everyone likes their teeth. As many as 25% of American adults do not like, or completely avoid smiling because of the poor condition of their teeth.

Blue Is More Popular Than Red

Perhaps it’s because blue is a soothing color, but blue toothpastes are more popularly used than red ones.

We hope you enjoyed these fun dental history facts. Remember to use them to impress your dentist during your next dental exam (via, Teledentistry of course!).

See how Denteractive can help patients with their dental care needs via Teledentistry. 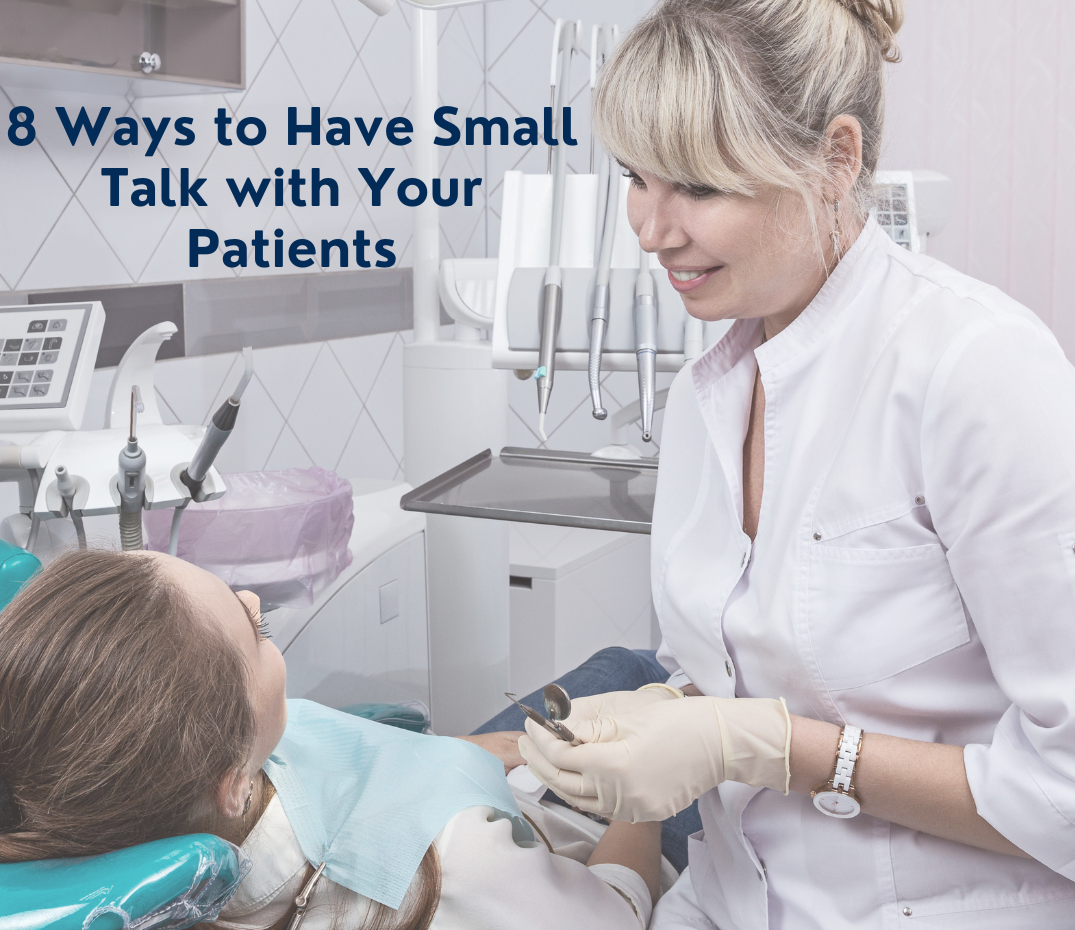 8 Ways to Have Small Talk with Your Patients 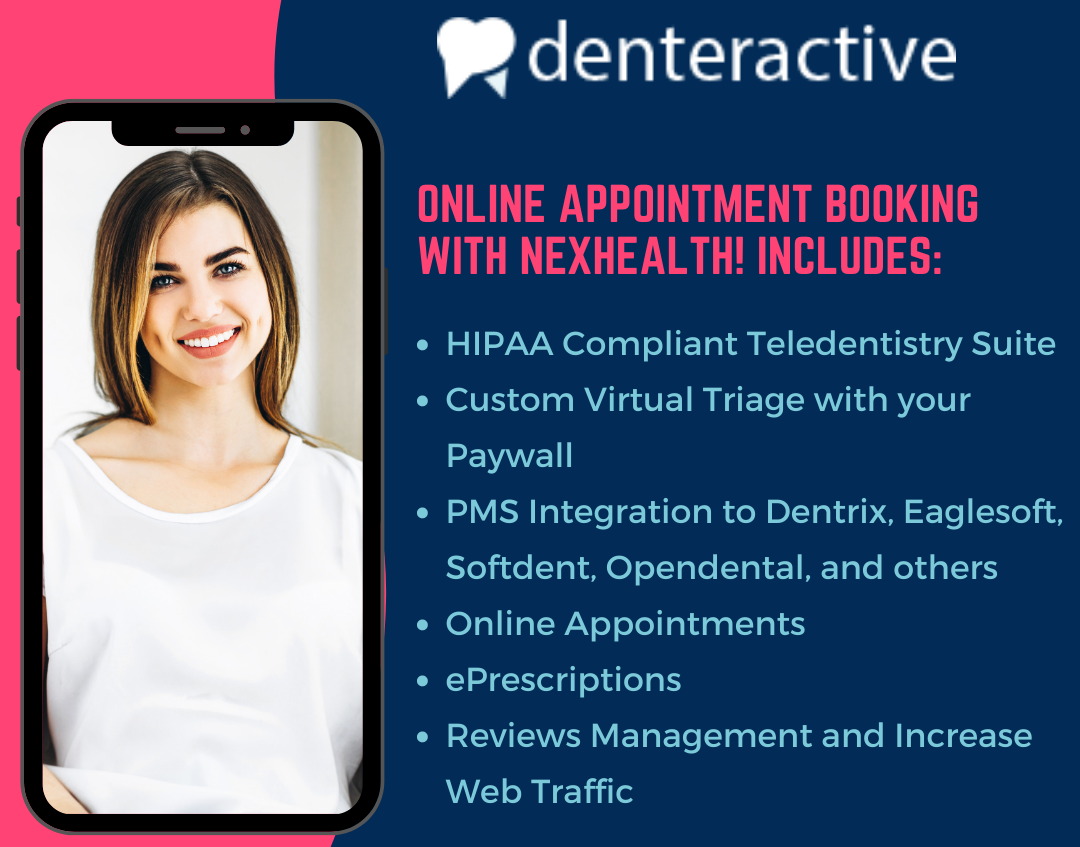 Top Reasons Why Your Patients Don’t Show Up 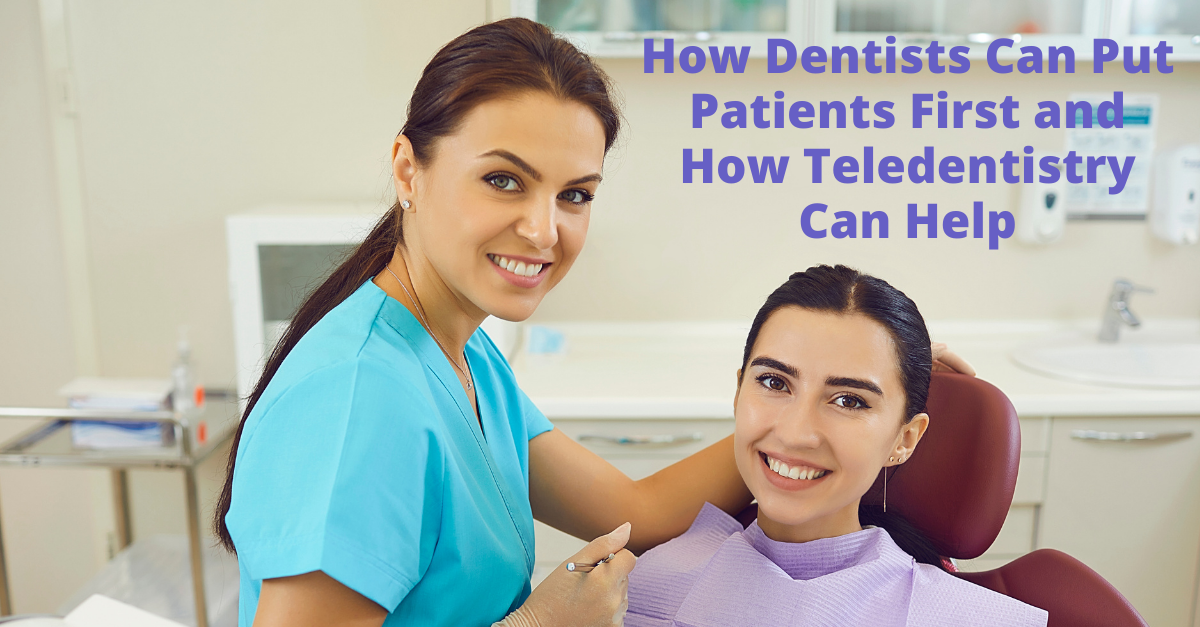 How Dentists Can Put Patients First and How Teledentistry Can Help